Should You Switch from Calendar to Anniversary Membership Renewals

Do you ever have a suspicion that your association is running on the wrong membership renewal cycle? If so, you’re not alone.

Many of the association execs and membership directors we talk to have reservations about their renewal cycles. No matter which renewal cycle they use, they see the advantages of the other and wonder if it’s worth switching. And they wonder if they’re leaving money on the table with one or the other.

Making the switch takes planning, but it can be a positive move. The key to making this decision is to choose a cycle that best fits your members’ needs, your available technology, and your staff size. To help, here is our take on the advantages and disadvantages of each renewal cycle:

Operating on a calendar renewal cycle is tidy. All memberships expire on the same day. You run one campaign to promote renewals and, except for a few loose ends, your renewal efforts end several months after the expiration date. Your staff works hard on renewals for half the year but earns six months to concentrate on other projects - including member engagement.

We’ve found that trade and small-staff associations tend to prefer calendar renewals. For trade associations, managing calendar renewals can be easier if your members are companies instead of individuals. If you have 500 corporate members, for example, it really doesn’t make sense to spread renewals across an entire year.

Calendar renewals are also great for budgeting purposes. You know the association will earn the bulk of its dues revenue in the four months surrounding the membership expiration date. It’s easy to determine the membership start and end dates each year because they are all the same. Reports are straightforward, and it’s easy to compare numbers year-to-year.

Calendar renewal cycles are attractive because they are simple – theoretically. Each year, members pay annual dues when their memberships expire and renew their memberships for the next 12 months. Simple enough. The devil, as they say, is in the details.

Research has shown that short grace periods encourage members to renew and that the most common grace period is three months. Should you continue benefits, like journal subscriptions, during the grace period? If someone renews in the third month of the grace period, will you send the missing journals to them automatically? Do members in a grace period qualify for discounted meeting registration or products?

One thing to note is that discounting dues will reduce your revenue for the year, especially if you have a large group of members who wait to renew. Although calendar renewal cycles seem straightforward, they can have hidden challenges that you must resolve. Your membership staff should be able to counter all member objections when discussing your renewal practices.

One way you can resolve the underlying issues with calendar renewals and grace periods is to switch to an anniversary renewal cycle. With an anniversary cycle, a member’s 12-month membership renews on the anniversary of their original join date. No discounts are necessary, and you might be able to discontinue grace periods altogether. If a member doesn’t renew by the last month of their cycle, they start a new one.

A robust AMS is essential, however, to successful anniversary renewals. Each month, your staff could be managing up to six elements of your renewal cycle at once. You’ll have two different reminders for upcoming renewals, the renewal itself, and possibly three reminders that the renewal date has passed. Then, as members renew, their AMS records will change, and they will no longer be included in the lists of members who need to renew.

For associations with large memberships, it’s helpful to automate as much as you can. Your AMS should be able to support as many renewal reminders and billing notices as your process requires. If it doesn’t, an email marketing integration is helpful. You can pull distribution lists from your membership database and send them in bulk. It’s an added step, but worth it to communicate renewal deadlines.

Perhaps the largest disadvantage of anniversary renewals is managing so many renewal elements each month. If you still rely on direct mail, however, spreading the number of renewals across twelve months can reduce the stress of preparing mail pieces by reducing the number needed each month. You won’t have to send all renewals at once any longer.

When you switch to an anniversary cycle, you might see an uptick in the number of new members joining your association. Members in their first year, however, are the most likely not to renew their memberships, so you might see higher churn in that group.

You may also need to wait several years to construct equivalent year-to-year comparisons after you switch from a calendar to an anniversary cycle. You won’t have a neat way to compare renewals as you would on a calendar cycle, but you can create reports that provide the same information.

You won’t make the decision to switch renewal cycles lightly, and you shouldn’t. Making an easy switch relies on plenty of planning. You’ll also spend some time cleaning up your data. Your finance department will be directly involved with the switch itself, as well as any technology purchases you might need – from add-on apps to a new AMS. Your entire staff will need training and help to ease into a new way of collecting dues.

We recommend starting conversations with your vendors as soon as you can. You should understand what your current AMS can accomplish for you, as well as what a new system might promise. It’s also wise to talk to association execs who have already made the switch to get their best advice for your plans. You’ll discover if your association is operating on the best renewal cycle possible – or not! 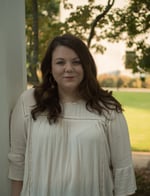 Emma is the Marketing Manager at Rhythm. When she's not thinking about all things content-related, you can find her traveling or shooting 35 mm film.

Non-Dues Revenue January 27, 2022 Emma Crosby Does Your Association Have Enough Revenue Streams – Or Too Many? Getting the right mix of revenue streams isn’t easy. An association may have several large revenue generators like membership, meetings, and …
Read post
Membership + Marketing May 19, 2022 Emma Crosby Grow Your Membership with New Leadership Programs What would happen if you could offer younger professionals in your industry the chance to learn new skills, have a great time getting to know their …
Read post